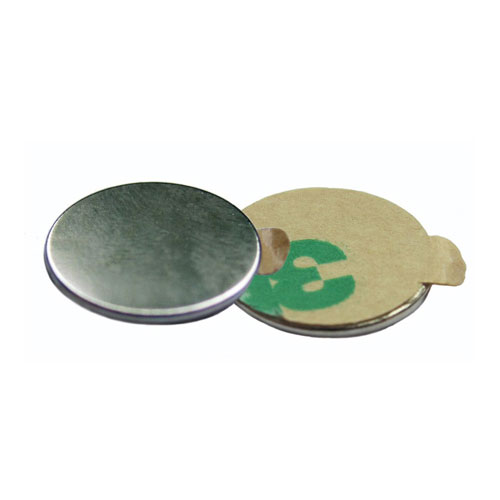 If you want to attract a ferromagnetic floor (such as moderate steel) by using the magnets, both kind of NdFeB adhesive backed disc magnets can be used (you should use all Souths or all Norths or even a mixture-it does not matter).

Sometimes, if the magnets are spaced aside near adequate to each other, you could think about the use of alternate Norths and Souths and this may additionally possibly supply a small enhance to performance (because the magnets engage is a fine way, attracting and pulling the fields around every other).

According on the methods of the magnets to place relative to each other, the Neodymium magnets will attract or repel each other. For attraction you want to get a North pole face on one magnet directed to a South pole face on the other magnet (following the magnetic rule of in contrast to poles attract). If a North faces any other North or a South faces some other South you have just like these poles which ability repulsion. In some purposes the magnet is hidden (e.g. the magnet is stick to card which is then folded over to cover the magnet away which consequences in the magnet pole being grew to become over as well). So understanding how you favor the magnets setting in the closing meeting could have an effect on the polarity you want for your magnets.

With the printing, Such NdFeB adhesive backed disc magnets are very famous now, packaging and arts and crafts industries are also used for use in the office and at home. The NdFeB adhesive backed disc magnets are axially magnetized (the thickness of the disc is the distance from the North to the South round pole faces, and the magnet is magnetized along the central axis).
Related Products