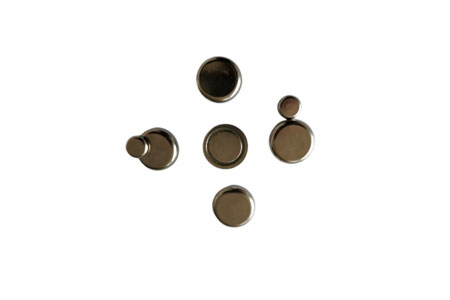 A neodymium disc magnet covered with a flat shallow steel cup,such neodymium cup magnets are known as mono pole magnets and used as strong clamping magnets.We have wide select range for the neodymium cup magnets.
A permanent magnet housed with a iron shell is known as pot magnet or cup magnet.According to different applications, the iron shell can be made into various designs.The pot magnet is without any mounting hole, bushing, stud and stem,and called flat shallow pot(cup) magnets.Different magnetic materials are used for flat shallow pot magnets to meat different requirement of magnetic force and working temperature.

Flat shallow pot magnets of neodymium(NdFeB) are mono-pole neodymium magnets,which have strong magnetic force on small volume.In addition to the inside magnet and the outside iron shell structure, the magnetic holding force of a neodymium flat pot/cup magnet also depends on the material, thickness and flatness of the adsorption surface.Due to the powerful magnetic force,neodymium strong clamping pot magnet are ideal choice for magnetic holding,clamping and mounting. 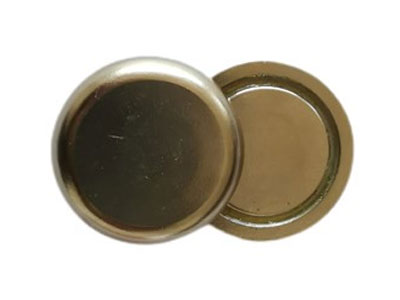 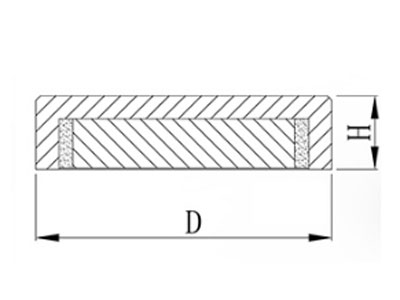 The magnetic pull force was measured on a 10 mm thick polished steel plate at room temperature. In special cases, the maximum deviation may be - 10%. Generally, it usually exceeds the value. Small scratches and breakage in the magnetic material do not affect the pull force of the whole neodymium cup magnet. Depending on the type of application (installation, temperature, thickness of the object being sucked), the pull force is greatly affected. The force value is only for reference, not as a standard to measure the quality of the neodymium flat shallow pot magnets.
In addition to standard sizes, we also offer custom solutions for flat shallow pot magnets of neodymium

Excellent Customer Service
Take advantage of our network and see
what Meank can do for you.
Related Neodymium Magnets