Application prospect on rare earth permanent magnet materials NdFeB industry forefront, had the privilege of half open sharing in situation of Baotou rare earth forum and Fuyang Yingzhou development zone. Wireless charging electric field, is the frontier for its future application to predict one of the technical aspects, now also thrive.

Research Institute Gartner report mentioned that the world's ten major technologies ranked first for fast charge, and the second for wireless charging technology, and not to mention its ranking, fast charge and wireless charging is indeed a practical technology
According to industry sources, at this stage Airfuel Alliance has been able to achieve wireless fast charging vision, assuming that consumers' mobile phones can support 10W power, then Airfuel technology launch products can provide the corresponding number of Watts.

In wireless charging, the magnetic material is the most important part of the small magnetic field. The core material includes ferrite, NdFeB, iron based amorphous nanocrystals and so on. The material of the core is the highest proportion in the material cost structure
The permanent magnet material is used in a wireless charging system in the need to enhance the transmitting and receiving coil flux, progressive transmission efficiency; on the other hand, as the location of the transmitting and receiving device between terminal equipment for rapid and correct positioning.

In addition, the fixed position of charger application of neodymium iron boron permanent magnetic piece positioning, terminal equipment need to be placed in the position to a fixed charge and charge the maximum efficiency of.Qi scale in such designated design work frequency in the 110kHz~205kHz. fixed position charger resonant frequency is higher, the general collector with a small loss, NiZn ferrite thin high frequency magnetic shielding as the magnetic effect is good.

The appliance of wireless transmission appliance is approaching its end.

It is understood that Haier wireless has successfully wireless power transmission technology in high power household appliances, charging power can be as high as 1000W transmission distances of 50 mm (partition, and can charge) system efficiency is as high as 85-90%. 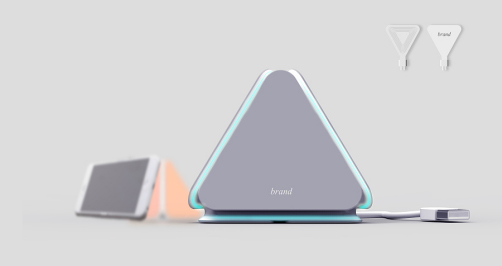